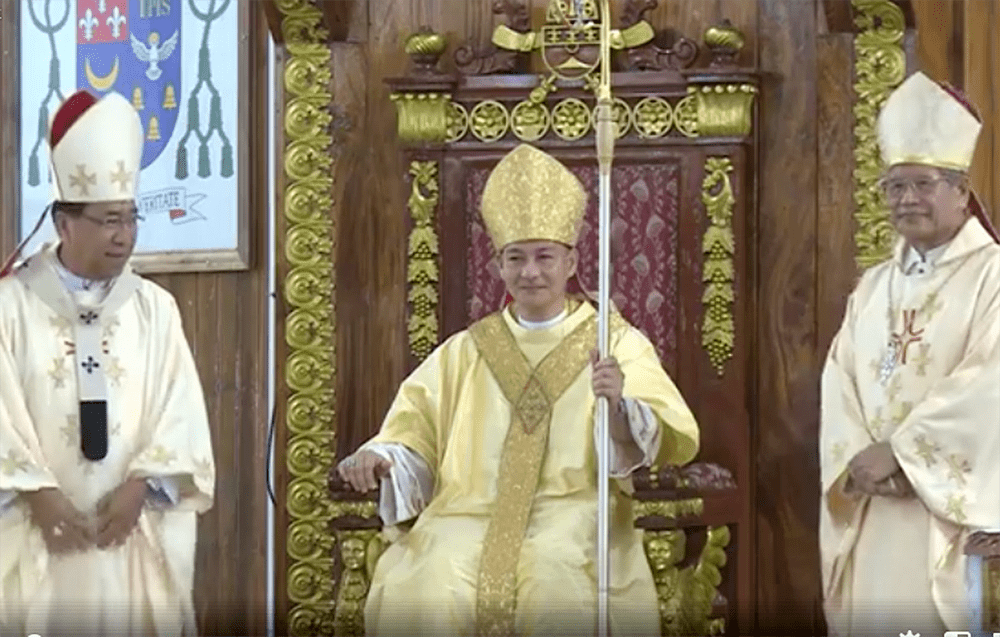 Bishop Rex Ramirez (center) is greeted by his predecessor retired Bishop Filomeno Bactol (right) and Palo Archbishop John Du during his installation at the Most Holy Rosary Cathedral as the second bishop of the Diocese of Naval, January 12, 2018.

TACLOBAN City—Newly-ordained Bishop Rex Ramirez has formally took office as the new head of the Catholic diocese of Naval in Biliran province.

Ramirez was officially installed as the diocese’s second bishop in a solemn ceremony held at the Most Holy Rosary Cathedral on Friday morning.

The 50-year-old prelate succeeded Bishop Filomeno Bactol who retired from the ministry after reaching the mandatory age of 75 three years ago. He is now 78 years old.

Bactol said that Ramirez had long been waited by the clergy and the people of Biliran since his appointment last October 2017 by Pope Francis.

Bishop Ramirez earlier said he will detach from political pressures and not influenced by squabbles among local politicians.

“There are officials whom I know do not meet eye-to-eye. My role as a bishop is clear to me. I will stand by what the Church stands for. I am there for the Church and as the Church’s representative,” he said.

The Naval diocese is one of the four suffragans of the Archdiocese of Palo with more than 300,000 Catholics in 16 parishes administered by around 30 priests.