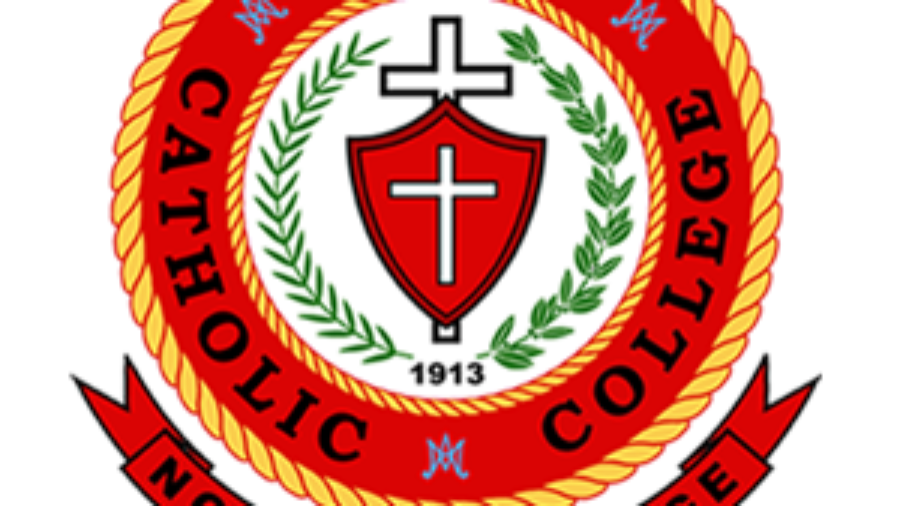 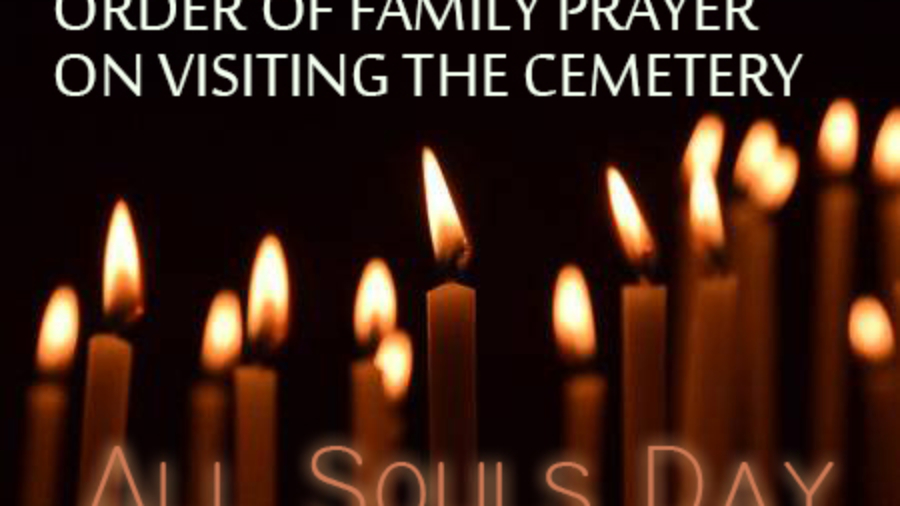 Dear PCCians, you and your family can use this prayer when you visit the cemetery on November 1-2 in observance of All Saint’s Day and All Souls Day.

Classes tomorrow, September 14, 2019 for the College Department is suspended. CITP and LET Review on the same date will push through as scheduled. Thank you!

All activities scheduled tomorrow at Malinao campus, September 14, 2019, will push through as per instruction of Fr. Orlin This is based on the assessment of the buildings conducted by the team of Engr. Tess Lopez. God bless everyone!

Please be guided with the following schedule of enrollment. 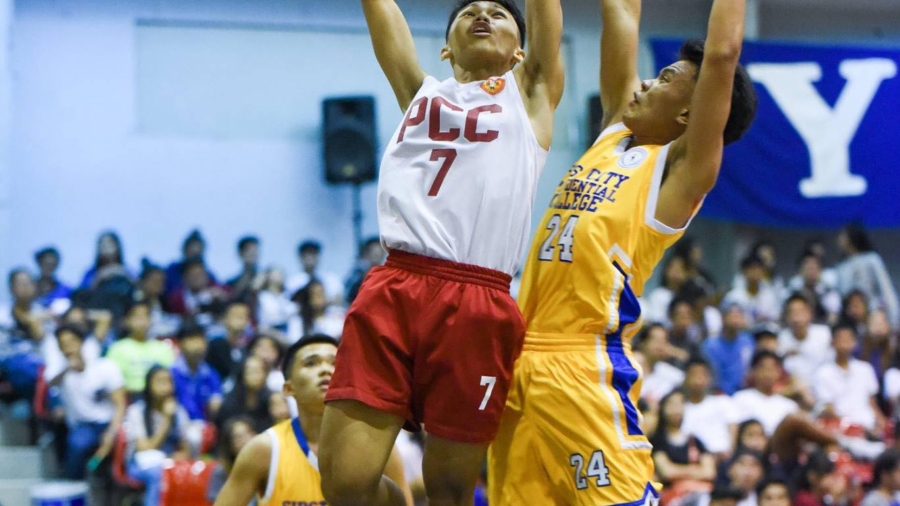 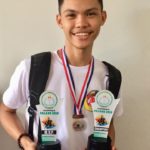 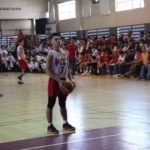 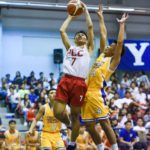 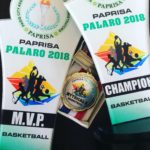 The recently concluded PAPRISA 2018 Basketball Tournament held at the PCC Gym was another milestone for Pasig Catholic College. Not only did PCC capture the Grade School and High School Championships of the Tournament, the Most Valuable Players for both Divisions were also won by the PCC Crusaders. Erick Concepcion handily secured the award for the Grade School Department while Randolf Anthony Abuan succeeded in bagging the honor in the High School Level.

Randolf is a Grade 10 student who graduated from elementary at the ADT Montessori School. He started playing basketball at a tender age of 7. This early start would later bear fruit as evidenced by this MVP award. Surely, his parents, Robert (Engineer) and Amalia (Housewife) were very proud of his basketball achievement. Randolf liked them to feel prouder if only he could pursue and finish his dream to become a Civil Engineer in the future. To realize this ambition, he has not neglected his studies and always aims to strike a fitting balance between his basketball passion and his education.

“I am very thankful and blessed” when asked about his thoughts about winning the highly coveted distinction of attaining basketball excellence. “I need to improve on my shooting percentage and must always be aware to give the extra pass to my teammates.” “I consider playing 100% defense as my strength.” He showed his brilliance in the championship game against Niño Jesus by contributing 24 points to include three 3 point bombs to break the spirit of the opponents. He was also in the forefront of a 1-3-1 defense that surprised and dazed their challengers.

Barangay Ginebra happens to be his favorite Philippine Basketball Association (PBA) Team and looks up to Scottie Thompson and Calvin Abueva as basketball idols and inspiration. Needless to say, his basketball dream is to play in the PBA but only after finishing his college education. At 5 feet 8 inches tall, he is considered small for a PBA would-be recruit, but that does not stop him from dreaming big. The PCC Crusaders of the Grade School and High School Departments of Pasig Catholic College handily won the 2018 PAPRISA Basketball Championships held last October 16, 2018 at our own St. Joseph Gym. The double victories for our Teams cement our lofty status as the best private educational institution in the field of basketball in the City of Pasig.

Both our teams displayed complete dominance against their respective rivals. The Elementary troopers demolished their opponents by an average of 40 points, capping their brilliance by walloping The Huckleberry and Friends Learning Center by a score of 64 to 13 in the final game. The Champions were truly a cut above the rest of the participants both in talents and skills. Guiding the players in their triumphs were Coaches Marlon Bandi and Rhonans Sanchez.

While the success of the Little Crusaders was already predicted, it was not the case with the Junior Crusaders who were up against around 24 other contending teams. On the way to the championship, the Junior Crusaders defeated the Our Lady of Perpetual Help School, The Sacred Heart Academy of Pasig, La Immaculada Conception School and Niño Jesus House of Studies. The first encounter with Niño Jesus saw the Crusaders winning by 3 points, proving that they were a worthy opponent not to be taken lightly. They met again for the championship but this time, our cagers completely dominated their rivals to come out on top by 17 points until the final buzzer. Their coaching staff was led by Coach Bong de la Cruz, a former coach of the UST Growling Tigers, Christopher Tiamson and Richard Rosales.

The vision for the school to be the dominant force in basketball in the City of Pasig is slowly being realized. This is all part of the comprehensive basketball program ultimately designed to attract new students to our school. The Head of the Varsity and Enrichment Basketball Camp Programs is the former Chairman of the PBA and Team Manager of the Sta. Lucia Realtors, Mr. Manuel “BUDDY” M. Encarnado (H.S. Batch 1967). He is also currently the General Manager of the NCR Athletic Association, Inc. (NCRAA), which will opening on November 23, 2018 for their 26th Season.

CONGRATULATIONS TO OUR CHAMPIONS. WE ARE ALL PROUD OF YOUR ACHIEVEMENTS.

Due to the DOST PAG-ASA forecast of yellow to orange rainfall, as of 7:30am today, July 17, 2018, classes will be SUSPENDED from ECE to Senior High School. Dismissal will be as follows:

There are limited SLOTS only!!

Clinic   ( For incoming Grade 7 and Grade 11 students, process the clearance. A clearance sheet will be provided by the Clinic staff which will be shown to OSA before payment for Family Council will be availed.
NOTE: The OSA and Clinic staff are stationed at the air conditioned canteen

*** The student has to settle the deficiencies first before he/she could proceed to the next step of enrollment.

Present the Family Council receipt, then pay the assessed amount and other fees.

Present the Family Council and the Original Receipts ( fees ) to the CIIT personnel for verification.

The student wearing the school uniform ( blouse / polo )  may have her/his picture taking for the I.D.

Present the Original Report Card ( properly signed by the Registrar or principal of the student’s former school and the Admission clearance.

Encode the student’s information in the automated enrollment system.

Have the assessment of student’s fees.

NOTE : For the student’s ID picture taking, a date will be given to the new enrollees; this will be based on the availability of the uniform from the School Bookstore.

** During the ID picture taking, the students must have worn the school uniform.